The Fall Take Action Program is easy, fun, and a great way for both girls and volunteers to start off the Girl Scout year! Girls sell to family and friends. They can do the entire program online, in-person using the order card, or both, following safety guidelines. All troops receive 20% of total troop sales.

We’re excited to bring our entrepreneurs together again to support conservation efforts by partnering with One Tree Planted and donating to plant trees in Northern California to impact climate change and protect emperor penguins from extinction. 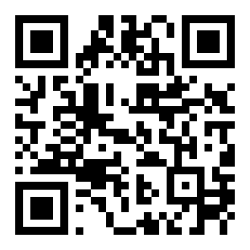 Scan this QR code to go directly to the M2 login page between October 2–November 22!

Kick off the Fall Take Action Program with an epic event – EntreprenHERs in Action Day! Formerly known as Digital Day, join us to learn how you can support the conservation of the emperor penguin, explore ways to grow your nut and candy businesses, and make the world a better place – all while having FUN!

October 2 - EntreprenHERs in Action Day Families receive Parent/Guardian login email to help girls set up their storefront by noon. If you don’t find it, check your spam/junk folder then email info@gsnorcal.org .

October 2-24 – Girl storefronts open for business with 3 options for orders – shipping, donate, and girl delivery. New this season: girls choose which customers to offer girl delivery and girls can text customers their storefront link instead of email!

Participation Benefits (for Juliettes, too!)

All participating girls receive these benefits:

Did you know girls may participate in the Fall Take Action Program individually as a Juliette?  It’s easy and it’s fun!

If you haven’t already received the email to participate or would like more information on how to participate as a Juliette, contact info@gsnorcal.org.

An entrepreneur uses creativity and imagination to figure out new, innovative ways to solve problems, evolve ideas and methods, or build a business to meet those needs.  Every girl can benefit, maybe even discover what she’s passionate about, by learning to think like an entrepreneur:

Why is entrepreneurship important for girls?  Having an entrepreneurial mindset prepares girls for a successful education, a career of their choosing, and the skills needed to tackle challenges they’re most passionate about.  In short, it balances the scales and readies them for today’s world. 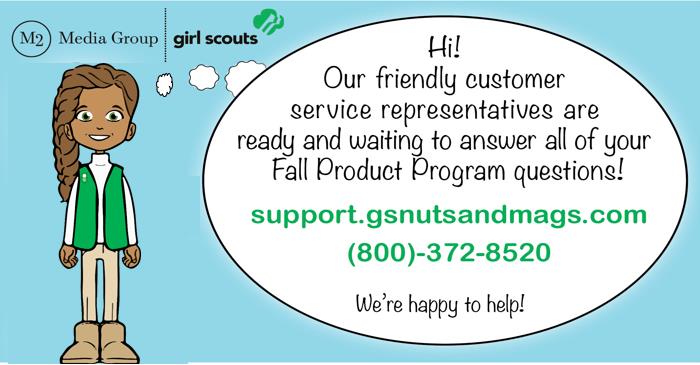 Girls and adults should adhere to all GSNorCal COVID-19 Guidance prior to engaging in product deliveries and/or marketing material distribution. We recommend all customer purchases be transacted through girls' online shops, ensuring minimal-contact financial transactions. Should a girl and adult choose to accept cash or check as payment tender in rare circumstances, we recommend appropriate safety precautions be taken. We also encourage parents to deposit these physical payments into their personal account then electronically transfer the funds to their troop volunteer in order to reduce touchpoints.

Rise up and take action this fall! Join your fellow GSNorCal EntreprenHERs in partnering with One Tree Planted to impact climate change and protect emperor penguin habitats by planting trees in Northern California.

Meet the emperor penguins, found on the ice and frigid surrounding waters of Antarctica. They are the largest of all living penguin species at 3-4 feet tall and 55-100 pounds.  Their diet consists mainly of fish, krill and squid and can hold their breath up to 22 minutes while hunting for food! Females only lay one egg per year, and once that happens, the male takes charge of the egg by incubating it on its feet in the few months before it hatches

Download the free Pocket Penguins app for 24/7 penguin cuteness, streaming in real-time from the California Academy of Sciences!

Arctic sea ice is expected to disappear by 2050 as it’s warming twice as fast as the rest of the Earth due to climate change. Penguins in the Antarctic have experienced significant sea ice declines in recent years. Increasing levels of carbon dioxide in the air traps heat in our atmosphere and raises temperatures, melting the ice that penguins need for breeding, feeding, and molting.

Trees can absorb one ton of carbon dioxide in their lifetime, making tree planting and conservation an important step in protecting emperor penguins from extinction.

By choosing to donate any amount of their program rewards to planting trees , girls have the opportunity to impact climate change and spread the word about the need to protect the emperor penguins.

Your troop can safeguard a future for these amazing animals by adopting an emperor penguin! 100% of all proceeds from the World Wildlife Fund adopt-a-penguin kit go towards funding emperor penguin conservation. Troops who have 100% of registered girls send 18+ emails or texts plus have $1,000 in total sales receive an emperor penguin adoption kit PLUS penguin socks for each girl.

Care to Share is GSNorCal’s service project in which we share our delicious products with the community! Girls sell virtual items to be donated by the council to local organizations, such as food banks, military bases, and other hometown heroes, at the end of the program.

Plus, girls who sell 5+ Care to Share items earn an exclusive patch AND Emperor Penguin necklace!

Thanks for your support and participation in the Fall Take Action Program!


Please contact us at info@gsnorcal.org if you have any questions.